A little later than planned, due to internet issues, here’s today’s blog: 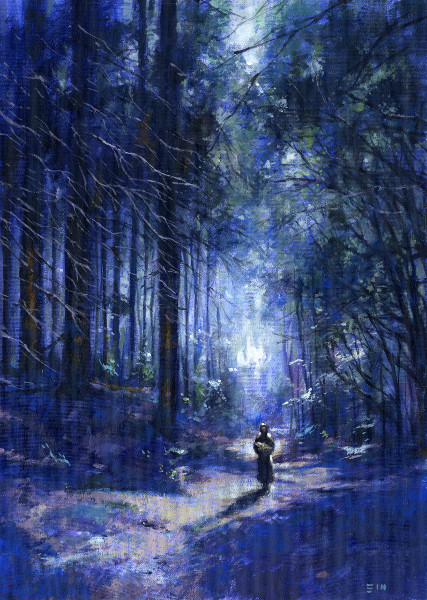 At the end of October/beginning of November, Spectral will be launching two books by top-class writers, Still Life by Tim Lebbon and Ghosts by Paul Kane (cover artwork by Edward Miller shown above). They will be officially launched at World Fantasy Con in Brighton, but you can preorder copies of the LIMITED (125 each) SIGNED HARDBACKS of one or both now (at a special price) so you can be sure you’ll get one. Please see Paypal buttons below for details of prices. (If paying by any other means, please contact spectralpress[AT]gmail[DOT]com for details)

The prolific Tim Lebbon is a New York Times bestselling author, whose output ranges right the way from short stories to novellas to novels, and covers the spectrum from original material through to franchises like Star Wars and onward to novelisations of films like Cabin in the Woods. His Spectral novella is an original story, and will feature cover artwork by the legendary Jim Burns, whose artistic visions have graced many a mainstream book jacket over the last few decades – watch out for the reveal as soon as the artwork is finished!

Paul Kane is also a prolific writer, and has achieved mass-market success Arrowhead trilogy, as well as critical acclaim for his books, The Hellraiser Films and their Legacy (non-fiction) and the Hellbound Hearts anthology, stories directly inspired by the Hellraiser mythos created by Clive Barker (edited in collaboration with his wife Marie O’Regan). Ghosts is a collection of all his supernatural fiction penned over the last fifteen years or so, plus a couple original to the collection. It will also feature an introduction by Canadian author/editor Nancy Kilpatrick plus, as a bonus with the hardback edition, the film script of Wind Chimes written by Paul and directed by Brad Watson (and introduced by the latter). As an extra, the book will also come with a DVD of the film so you can watch it as well!

All prices include P+P!

PLEASE NOTE:  we apologise for the high postage rates abroad, but it’s out of our control – sorry!!

Looking forward to hearing from you!

So, to brighten up this dreary Monday morning, let’s give you some news about some forthcoming publications…

The cover picture above is from Paul Kane’s Ghosts supernatural fiction collection due to be launched at World Fantasy Con in Brighton in November. It’s by Edward Miller, and we think it’s a wonderfully evocative piece which conveys the atmosphere of the book admirably. The hardback edition will also feature Paul Kane’s script to the  Wind Chimes film, which has been featured on TV and in Fangoria magazine, and there’ll be a little introduction by the film’s director Brad Watson. Even better than just reading the script, you will be able to watch the film as there will be a DVD of Wind Chimes as a bonus extra.

Launching at the same event will be Tim Lebbon’s Still Life novella, and that one will be wrapped up in a cover by renowned artist Jim Burns, whose work has graced many bestsellers over the years. As soon as we have the cover concept we’ll be sure to show you right here!

Spectral is planning to put HALF of each hardback print run on pre-order next month, while the rest will be for the WFC launch – this is to give EVERYONE a chance to get hold of copies. If you want to maker sure of your copy now please email spectralpress[AT]gmail[DOT]com to reserve your copy. They are expected to retail around £20 each (plus p+p), but a special price will offered if you pre-order both (and you’ll save on postage that way, too).