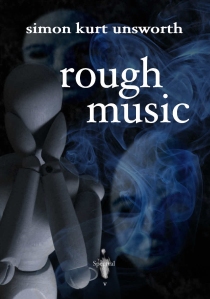 Just a quick blog today, to  let you know about a brief review of Simon Kurt Unsworth’s chapbook which has just been posted at Paul D. Brazill’s You Would Say That, Wouldn’t You blog, which you can read here. You can also read a Short Sharp Interview with Spectral mainman Simon Marshall-Jones on the same site, which can be accessed here. 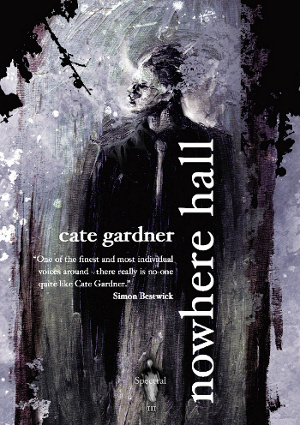 This short review comes from Paul D. Brazill and is posted on his You Would Say That, Wouldn’t You? blog…. you can read what he says right here.

I also received a rather nice compliment from a customer who told me that, while reading Cate’s chapbook in the bath, he actually let the water go cold because he was so engrossed in the story, calling it ‘genuinely creepy’…. that’s the kind of thing we like to hear here at Spectral Towers (well, maybe not necessarily about when people take baths, perhaps…)…. 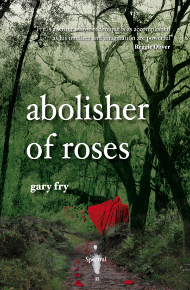 The reviews for the forthcoming Spectral Volume II (available May 9th), Gary Fry’s Abolisher of Roses, are now starting to come in, and these are the latest two to land on my virtual desk.

First up is Paul D. Brazill’s review on his You Would Say That, Wouldn’t You site, where the perspicacious Mr. Brazill calls Spectral Press the “… hip indie horror [imprint]…” – read the review here.

Next is Paperback Horror‘s review, which describes Gary’s tale as “… an intense, emotional, and psychologically-challenging read…” and calls Spectral “… as a press to watch, […] delivering yet another incredible piece of short fiction…” You can read the rest of the in-depth review here.

Spectral definitely feels like it’s going places – there are new developments in the works as well, which will be revealed in about a month or two, so keep checking back regularly. Until then, enjoy the reviews!

Here are two recent reviews of Gary McMahon’s chapbook for Spectral, What They Hear in the Dark. The first is from Jason Baki’s Kamvision blog: 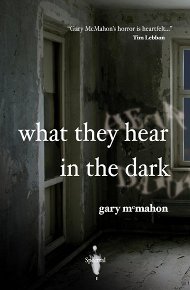 What They Hear in the Dark is the third story by Gary McMahon I’ve read in as many months. Each have been in a different format: the first was a short story in the underground horror anthology, The End of the Line; the second was his new novel from Angry Robot, Pretty Little Dead Things and now there is this chapbook. Throughout each of these different formats, the thing that stands out the most for me in McMahon’s work, is the intensity of his writing. His prose style is deeply introspective in tone, every thought and feeling of his characters is meditated upon. There is also a real sense of entering a liminal space, a place where defining boundaries disappear, along with certainty. I love this aspect of his writing, and in this story it is perhaps even more noticeable than in those others I’ve mentioned.

This short fiction explores the aftermath of a dark tragedy in the life of two individuals. Rob and Becky have lost their son in a terrible event, and now they are trying to move on with their lives as best they can. They’ve bought an old house which needs some work, and they hope it will give them something else to focus on as well as a fresh start. The house has a strange room in it, empty, and occupying a position within the building that apparently stifles all sound. The Quiet Room Becky calls it. In this place of emptiness, of absence, the loss they have sought to escape from becomes manifest. What follows is haunting metaphor, a wound that cannot heal, and a loss so great it cannot be spoken.

As this is only a short story I don’t want to give too much away, but suffice is to say, all of McMahon’s skill in conjuring a sense of psychological unreality and intense psycho-spiritual borderlands is present here. There is a wonderful cohesiveness to his writing as well, as if all that occurs within his characters is mirrored and reflected back by the outer world. Often the reflection is distorted, and here he injects the subtle suggestion of things being wrong beneath the surface that for me creates the most effective uncanny fiction.

This is a great first release for the newly formed Spectral Press. I actually think this is my favourite of the stories by McMahon I’ve read so far. Elegant and haunting, it would make a fantastic introduction to the writing of a powerful emerging voice in dark fiction. Definitely worth checking out.

And this one is from Paul D. Brazill and posted on his You Would Say That, Wouldn’t You? blog:

Rob and Becky want a fresh start. Their young son was killed and in the aftermath their marriage is dying. So, they move into a crumbling old house in the hope of rebuilding it and their marriage. And then they discover The Quiet Room, a room that isn’t on the blueprints of the house and is filled with more than silence.

What They Hear In The Dark by Gary McMahon is a wonderfully written chiller, full of atmosphere and sadness. It is a story of  real people facing up to a real life trauma and confronting its  ghosts. It is the first in a series of chapbooks from the cool new indie publisher Spectral Press and is highly recommended.

And finally, very satisfied customer Stephen Bacon has written a few things about Spectral on his blog – read it here. It appears that the imprint is indeed hitting all the right notes…